The elementary unit of life is the cell. Biological cells come in many different sizes and shapes, but they all use the same molecules (mainly nucleic acids and proteins) because they all have a common evolutionary origin. These molecules then self-assembly into larger structures due to the laws of physics, without which one cannot understand structure formation in biological systems. The same holds true on the cellular level: the size and shape of cells is strongly determined by the physical properties of their environment, which range from fluid environment such as blood flow through viscous environment such as the mucus in the gut to elastic environments such as the extracellular matrix of connective tissue. During recent years, mechanic s has emerged as a central element of cell and tissue dynamics, complementing more traditional biochemical approaches. Using physics tools, such as lithography, microstructuring and microfabrication (in particular 3D-printing) and microfluidics, today one can design cellular environments to understand and control cell function. An important research direction at Heidelberg is also the attempt to build synthetic cells from scratch, using physics tools such as microfluidics. Such approaches result in quantitative data which are an ideal starting point for quantitative data analysis and modelling. Cellular studies have to be anchored in an understanding of the underlying molecular processes. At Heidelberg, we push the limits of methods to characterize biomolecules, including X-ray diffraction and the free electron laser, electron cryo microscopy and phase plates, and super-resolution microscopy (e.g. STED and MINFLUX). 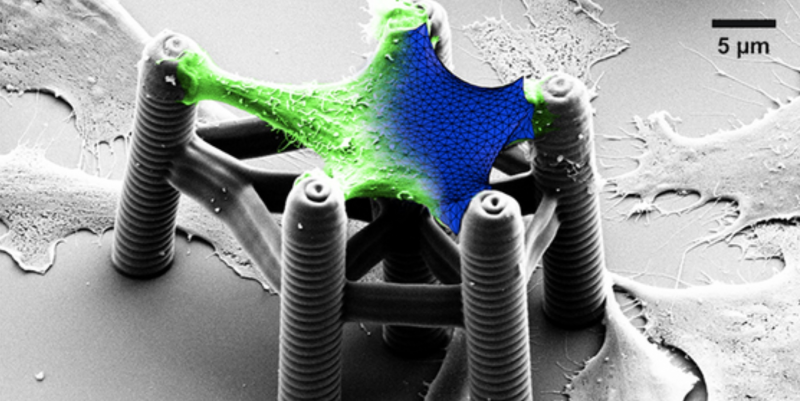 Our research encompasses soft matter and biological physics. In particular, we are interested in concepts and methods to understand the adhesion and mechanics of cells. Our interest on the cellular level also branches out to the sub-cellular level (assembly of supra-molecular complexes in cells) and to the multi-cellular context (model tissue, collective migration). The group uses methods from statistical physics, computational physics, continuum mechanics, non-linear dynamics and stochastic dynamics. 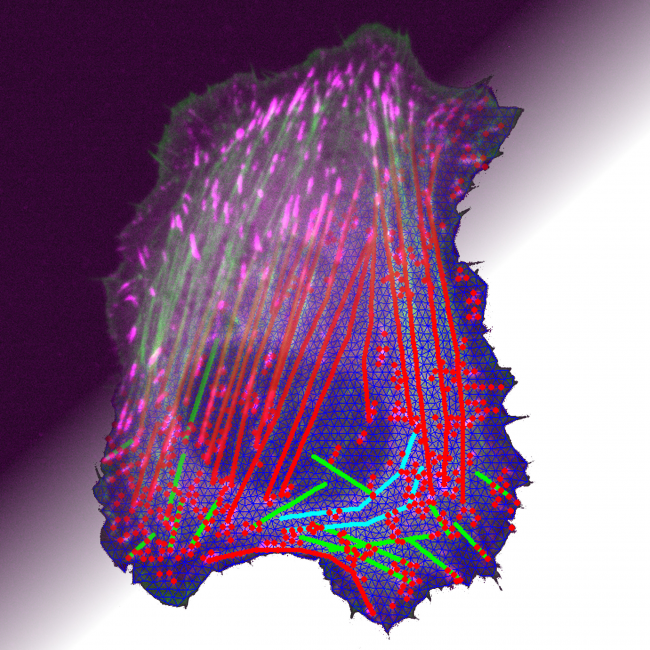