Condensed matter physics deals with all aspects of the macroscopic and microscopic physical properties of matter. Research at Heidelberg University includes a wide range of physical phenomena and mathematical concepts in both quantum and classical systems and ranges from fundamental many-body physics and quantum materials to materials science and modern technology. It covers fundamental questions central to our understanding of quantum mechanics, such as unconventional ordering phenomena and how complex multi-body quantum systems can be understood as well as aspects of surface science and nanomaterials.

The presence of disorder strongly influences the dynamics of non-equilibrium quantum systems and leads to a multitude of unique phenomena which are investigated at extremely low temperatures with new methods. The focus is on physical realizations of such systems like amorphous solids, disordered crystals and spin glasses. Fundamental questions regarding the interplay of disorder and many-particle interaction, the microscopic nature of low-lying states, the relaxation and decoherence channels, the dissipative dynamics, as well as the occurrence of complex collective modes are studied. Current projects focus on the surprising influence of nuclear degrees of freedom on the dynamics of atomic tunneling systems in structural disordered system like multicomponent glasses and polymers. In particular, the non-linear response and phase coherence of such systems are investigated. 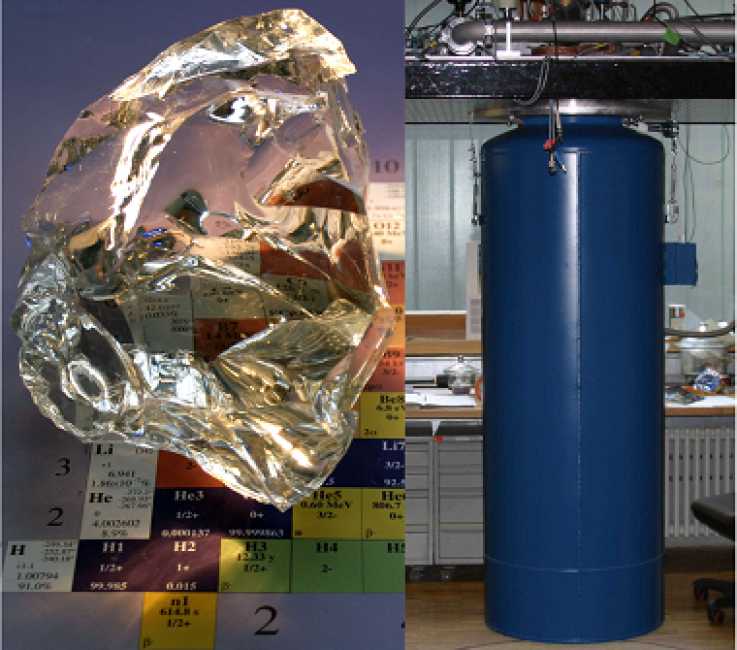 Quantum sensors based on cryogenic microcalorimeters have reached a state of development in recent years that makes them a key technology for the detection of single photons and particles in many fields of physics and for a variety of applications. Metallic magnetic calorimeters (MMCs) are a special variant of such detectors that are able to measure the energy of single X-ray and gamma-ray photons with an accuracy better than one part per four thousand, while maintaining good quantum efficiency and spectral linearity. This makes them an ideal tool for ultra-high precision spectroscopy in a very wide energy range. Applications include X-ray astronomy, measurement of Lamb shifts of highly charged ions, nuclear forensics and quantum metrology. In addition, the MMCs developed in Heidelberg play a key role in particle physics experiments, such as the ECHo project, which aims to determine the neutrino mass via the electron capture spectrum of 163Ho, and AMoRE, which is searching for the neutrino-less double-beta decay of 100Mo.

Work on MMCs includes detector design, development of the necessary microfabrication processes, design of the cryogenic environment, detector fabrication and characterization, and development of the necessary readout electronics. For the latter, superconducting electronics is a key component designed and produced for optimal adaptation to MMCs. In order to meet the demands for high spectral resolution, SQUID amplifiers with noise temperatures close to the quantum limit are necessary. Microwave SQUID multiplexers are developed for reading out large MMC detector arrays with several hundred pixels. 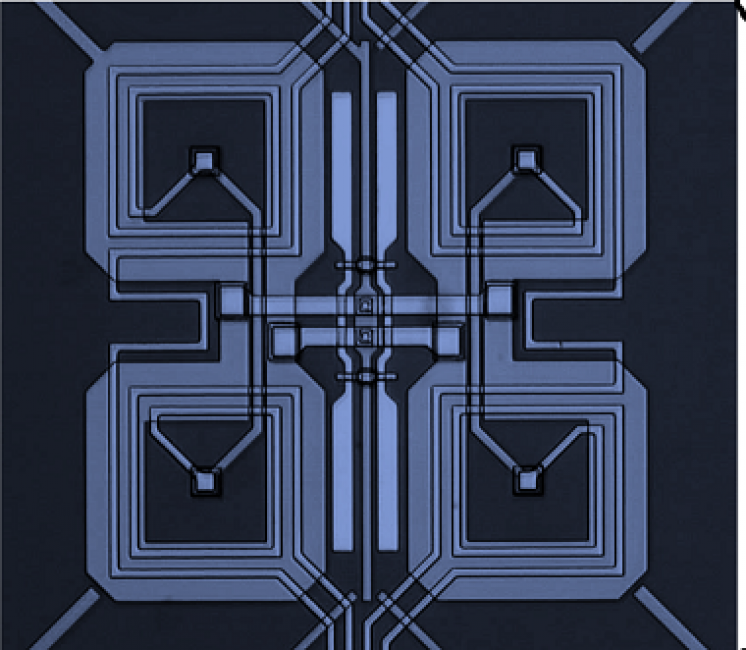 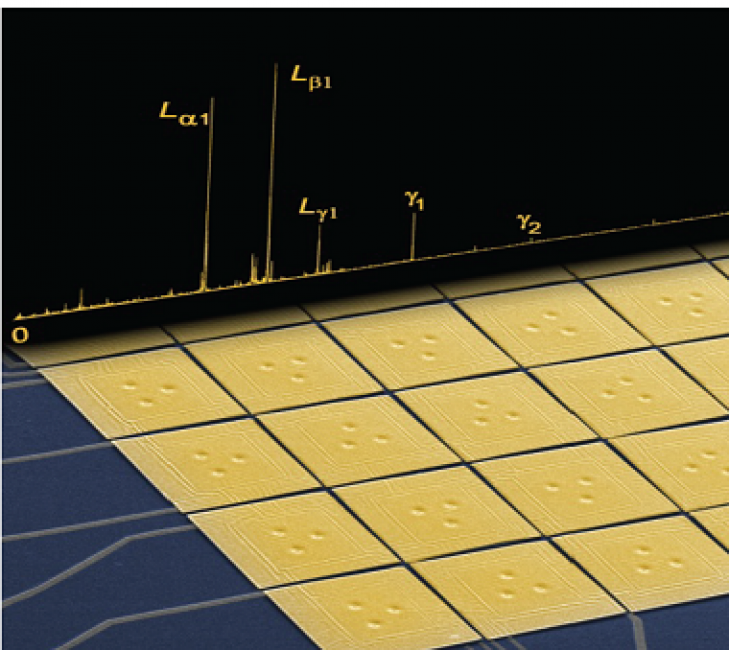 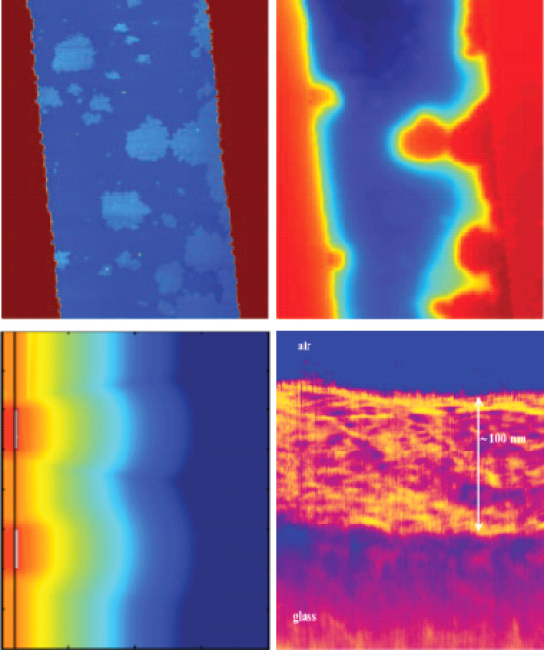 A key attraction of molecular organic materials is that their properties can typically be tuned by structural modifications. Moreover, the contrast between strong intra-molecular bonding and weak inter-molecular interaction leads to the formation of complex hierarchical structures or morphologies in bulk or thin-film materials. In turn, these structures tend to give rise to a wealth of interesting and often emergent properties. The focus of the group is the investigation of the electronic properties of organic and hybrid materials that can ultimately be used as an active layer in novel devices. A recurring research theme is the role that is played by various types of disorder. Device functionalities we target include solar cells, thermogenerators, rectifiers, binary and neuromorphic memories and actuators/transducers. Although we are an experimental physics group, we often combine experimental work with numerical studies.

Summarizing, our aim is to cover the chain from fundamental materials properties to proof-of-principle devices, using specific strengths and properties of organic materials. 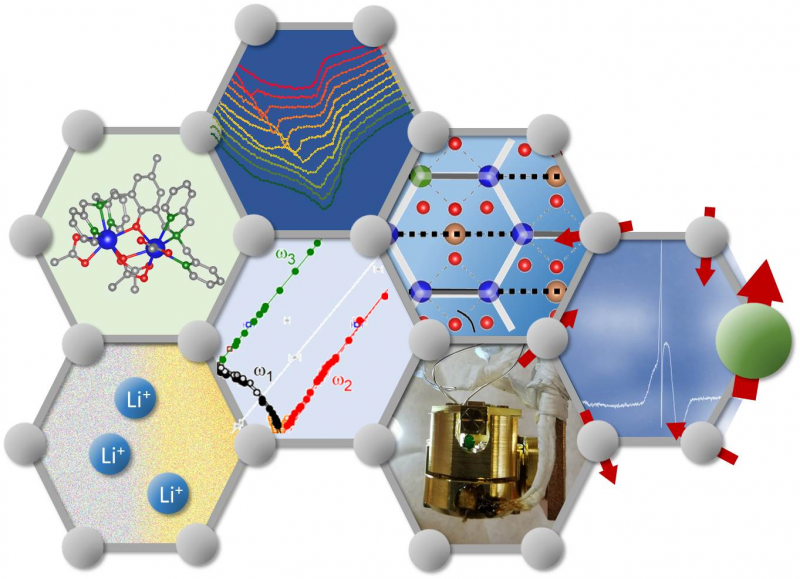 The quantum nature of matter and in particular the uncertainty principle have tremendous consequences for actual materials as it limits applications but also opens enormous prospects for novel phenomena. Future advanced technologies will be hence based on new quantum materials and devices. Quantum phenomena are most pronounced at low temperatures, when discrete energy levels are not blurred by thermal effects. Moreover, even at room temperature, magnetism or superconductivity remain purely quantum phenomena. We investigate experimentally such quantum materials which may be realized in magnetic molecules, one- or two-dimensional systems, or complex materials with several potentially competing degrees of freedom. Basic building blocks in several of these materials are low-dimensional and/or geometrically frustrated magnetic substructures, in which quantum effects are particularly pronounced. Key questions concern the evolution of order(s) in quantum materials, their strange properties and excitations, and quantum ground states like unconventional superconductivity, electronic nemantic order or quantum magnetism which challenge standard theory and hence enable extending our understanding of quantum many-body systems. Our applied materials research on energy storage and battery materials nicely illustrates how fundamental science is directly linked to application.

Theory of spectroscopy, dynamics and numerical methods for complex materials

We aim at advancing the fundamental understanding of many body quantum materials. We not only focus on the description of the groundstate of these systems, but also treat the dynamical properties and excitations. We focus on extending our capabilities of performing quantitative calculations of excitations by light ranging from terahertz to x-ray spectroscopy. The calculations are done for bulk crystals, (topological) surfaces, interfaces, thin films, impurity centres, or the active centres in many of the known enzymes and catalysts. Of particular interest are the interaction between local entangled electronic states and multiplets as one sees in transition metal and rare earth centers interacting with delocalized states. Often such systems possess a large number of low energy electronic degrees of freedom, which are responsible for their rich physical behavior. This behavior does not only make these materials interesting, it also makes them involved to understand. In our group we use a manifold of different methods.