The Heidelberg group a member of the ATLAS collaboration since its founding in 1992. The Heidelberg group, together with five other groups from England, Germany and Sweden, has designed and built the ATLAS level-1 calorimeter trigger. The design and the construction of the Calorimeter Trigger Preprocessor (PPr) which digitises and processes 8000 channels of calorimetric energy measurements 40 million times per second was undertaken here in Heidelberg. The PPr is a crucial component for ATLAS operation.

In the analysis of physics processes the group dedicates its efforts to both precision measurement of the Standard Model and the search for new physics beyond that model. Current work-in-progress includes tests of Quantum Chromodynamics (QCD) at extremely high momentum transfers, investigation of missing transverse momentum from undetectable particles and the search for dark matter particles. In addition the group works on calibration of hadronic jets, developing new analysis approaches such as New Physics searches at the trigger level and improving analysis methods by incorporating Machine Learning. 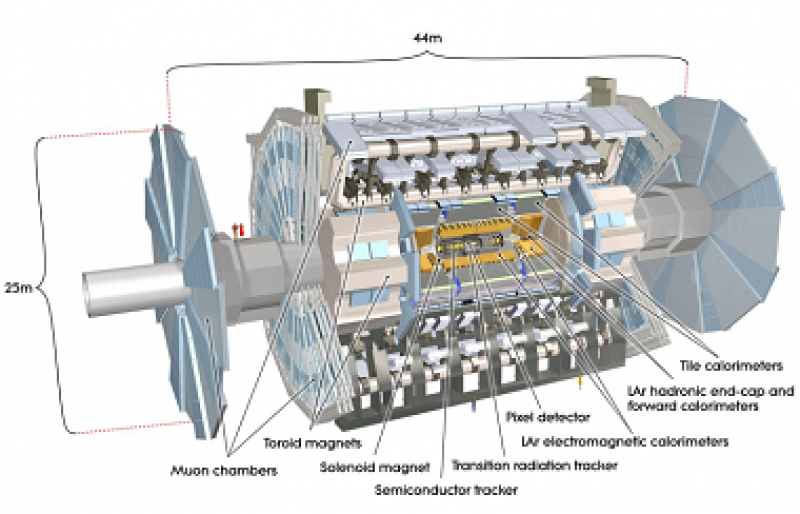 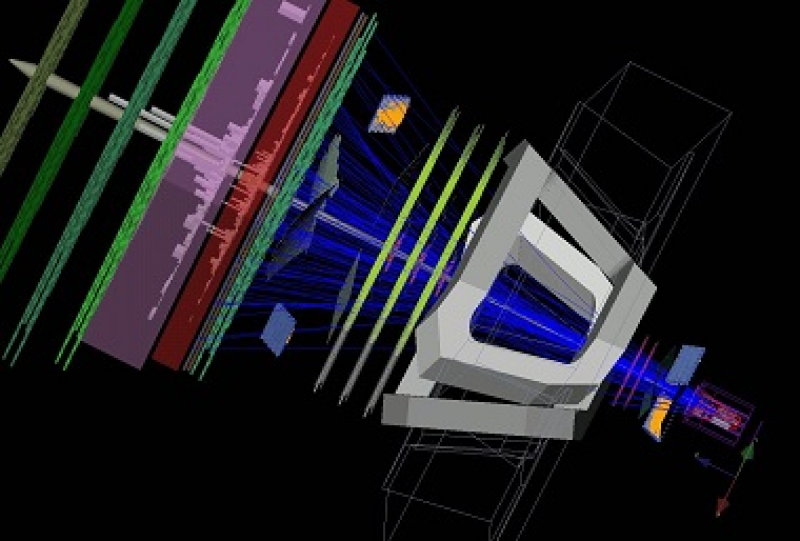 Particle physics at the LHCb

The Heidelberg group is a member of the LHCb collaboration. We cover a broad field of activities: We were one of the groups to design and construct the OuterTracker (OT) - the main tracking device of the LHCb experiment - and to develop readout electronics. Since the construction and installation of this subdetector is nearly finished, the LHCb group Heidelberg turns its focus on physics analysis. The activities of our group include measurement of the mixing frequency Δms, measurement of particle multiplicities, and upgrading the system.

The μ3e experiment is a new search for the lepton-flavour violating decay of a positive muon into two positrons and one electron and is operated at the Paul Scherrer Institute (PSI) in Switzerland. Since this decay is suppressed to unobservable levels in the Standard Model of particle physics, any measurement of this decay would be a clear sign of new physics. The Heidelberg groups play a strong role in the developing and building of the detector as well as analysis of data. To achieve the precision vertexing and timing necessary for this experiment, the groups work on pixel detectors and a detector consists out of small scintillating tiles, which are read out by Silicon Photomultipliers. 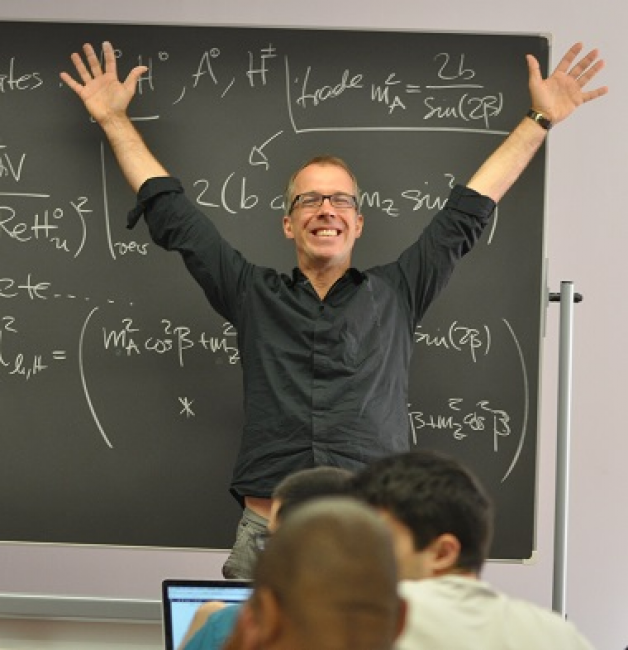 Theories beyond the Standard Model

This research field explores the most fundamental, microscopic laws of nature. These laws rest on Quantum Field Theory (the quantized version of, e.g., electromagnetism) and Einstein's General Relativity. On this theory foundation, the so-called "Standard Model of Particle Physics" describes, through a lagrangian of just a few lines, all that we know about the microscopic world. This lagrangian is coupled in a unique way to gravity as a low-energy effective (quantum) field theory. But many pressing questions remain unanswered: How do Dark Matter and Cosmological Inflation in the very early Universe fit into this framework? What sets the energy scale of the Higgs mechanism? How does full-fledged quantum gravity, which becomes relevant at very high energies, change the picture? Are there new particles accessible at the LHC, possibly explaining some of the puzzles hidden in the Standard Model lagrangian? We struggle with these questions using ideas from quantum field-theoretic model building to 10-dimensional Superstring Theory and its compactifications, employing analytical methods, numerical simulations and machine learning. We also consider ultra-light particles, like axions, and more general approaches to quantum gravity together with its possible relations to low-energy observables.

Astroparticle Physics is a relatively new research field at the interfaces of particle physics, cosmology and astrophysics. Central to this field are investigations of dark matter and of neutrinos. Deciphering the nature of dark matter is one of the most important problems in particle physics and cosmology. A promising method to find dark matter is via its scattering with nuclei in direct detection experiments. Here the current XENONnT and the future DARWIN projects, all located in deep underground labs, are leading the world-wide effort to search for Dark Matter.

Neutrinos remain the only physics beyond the Standard Model that is testable in the lab. With GERDA and LEGEND searches for neutrinoless double beta decay are pursued, an observation of which would demonstrate the Majorana nature of the neutrinos, and which would test many models beyond the Standard Model. Coherent elastic neutrino-nucleus scattering is a process that allows one to test neutrino properties precisely in and beyond the standard paradigm. CONUS aims at measuring this process with reactor neutrinos. Searches for sterile neutrinos, which are motivated by several experimental anomalies, are performed in the STEREO project. Detector development and low background techniques to suppress the various sources of contamination are common for all projects.

The experimental activities are complemented with theoretical work. This includes general model building beyond the Standard Model, interpreting the various observational results, putting them in broader context, and making additional predictions for a variety of searches. 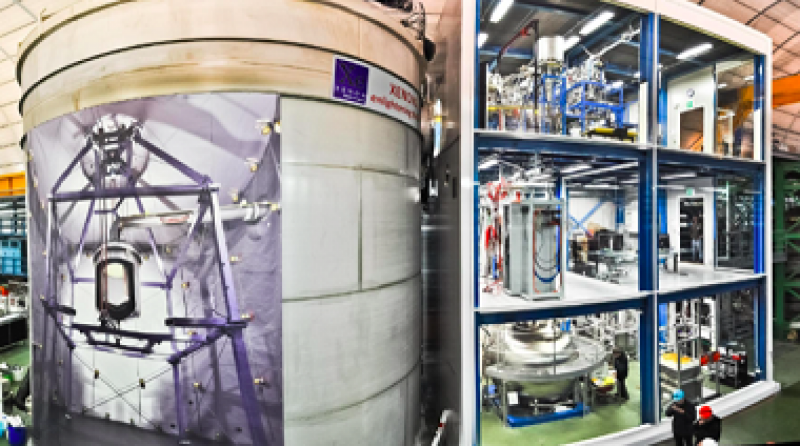